“At my age, it is no longer possible to cry for the success of relegation.” Wang Baoshan said that the two tears in his lounge were related to the players. He shed tears when he brought Jianye because Karenga was still cheering on the team even when his spleen was severely injured and surgery was required.

Bringing TEDA to relegation to tears is entirely because of Ahmedov. He still played the relegation battle with the whole team when his father was critically ill.

According to Wang Baoshan, Ahmedov received a notice from his father that he was critically ill when the team was preparing for the second stage of the game during the intermittent period. But the problem is that TEDA is in the hiring stage, and Ahmedov is the team’s most important player and indispensable.

Wang Baoshan said to him at the time: “I will support you whether you stay or go back.” He was ready for Ahmedov to leave at the time, but he did not expect that the foreign aid would eventually stay.

He and the club boss went to a temple in Tianjin to burn incense and pray for him. After arriving in Dalian, I asked Ahmedov about his situation through an interpreter almost every day, for fear of any accident. He was touched by the spirit of sacrifice for foreign aid, and tears cried after the game. 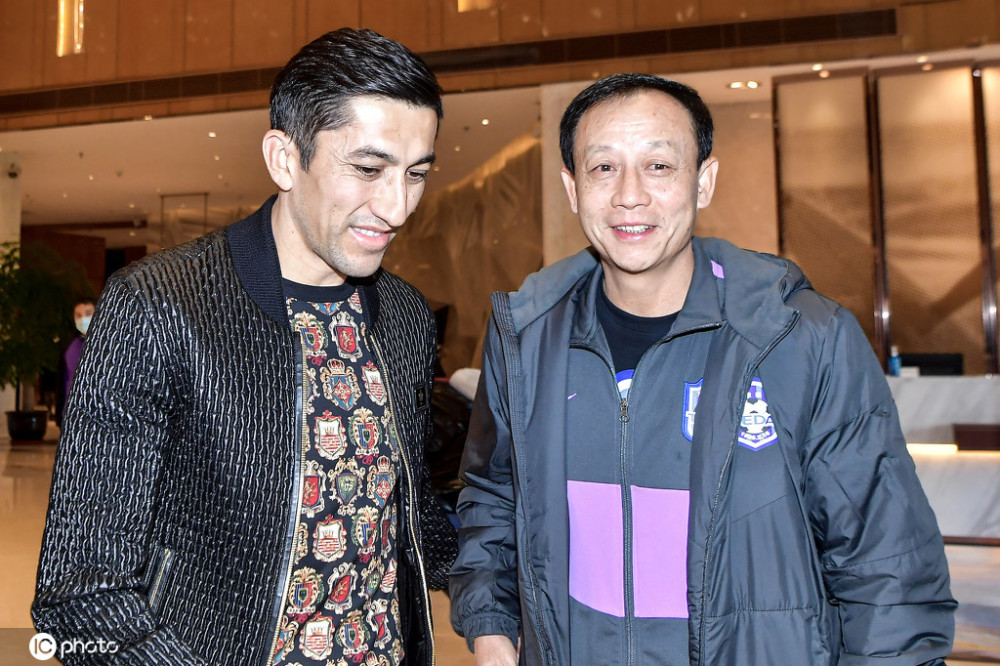 When Aiha left China, the TEDA team saw him off. This time Wang Baoshan did not wear a hat.

Wang Baoshan has experienced a lot in 2020. Not only the success of relegation, but also the failure of get out of class. It only took a month for the clothes on his body to change from Jianyehong to TEDA Purple, and Henan fans could hardly adapt.

It is too weird that a person who led the team to eighth place last season and was nominated as the best coach by the Chinese Football Association would suddenly dismiss classes one month before the start of the league. The official announcement stated that Wang Baoshan took the initiative to resign. This statement was too far-fetched, and the club and Wang Baoshan himself remained silent on this.

Speaking of the end of get out of class, we have to start with the adjustment of the people in Henan Jianye Club at the beginning of the year. Guo Guangqi left and Yang Ji became the vice president of the club. At that time, there were rumors that he could not get along with Wang Baoshan.

Someone on the coaching team advised him to leave: “Brother Shan, or forget it, let’s withdraw.”

Wang Baoshan chose to persevere, and later found that many ideas were not unified with the club management and it was difficult to continue the work. Between leaving and holding on, swayed repeatedly and constantly struggled.

There is a rumor in the football circle that Wang Baoshan drank alcohol at a dinner and said a lot of things that slandered Henan football after being slightly drunk. The video was secretly recorded and passed to the boss Hu Baosen. The latter was furious, which is one of the reasons why Wang Baoshan was “dismissed from get out of class”.

“I have absolutely no disrespect for Henan football.” Wang Baoshan said this with a serious face, “Henan fans respect me very much, I am grateful for this, and have always respected them, and there is no chance to say goodbye after class.” There are a lot of words about Henan football, Wang Baoshan hid in his heart.

2 thoughts on “Bringing TEDA to relegation”