After joining, he led the team into the top four 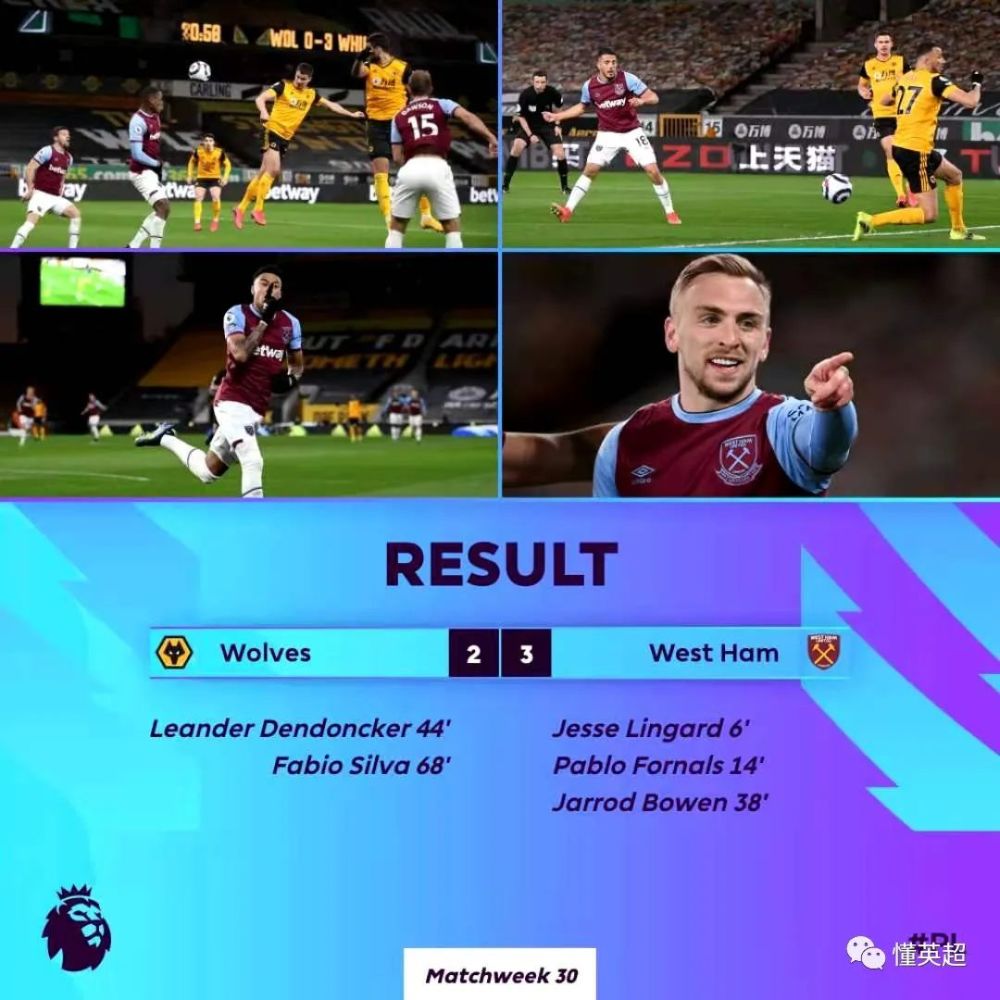 In this game, Emperor Lin reproduced 18 martial arts. In the opening 6 minutes, he rode through the barriers and rushed through the goal one by one, and indirectly assisted his teammate to score the second goal with Beba’s “Kumho maneuver”. Then Lin Huang faced 6 wolves. The team’s defensive player sent a through assist, and teammate Bowen volleyed to thank Huangen. It’s another match for Lin Huang indiscriminately to wash the major media commentary areas! The winning West Ham not only led London, but also scored in the top four of the Premier League, and hopes to participate in the Champions League next season are insight. With the last 8 rounds left, Emperor Lin is approaching the miracle infinitely.

Through a set of dynamic pictures, we can admire the dazzling starlight of Lin Huang at the Molyneux Stadium last night. In the 6th minute of the opening, West Ham made a clearance from the backcourt. Lin Huang took the ball and rushed into the penalty area. He sprinted for nearly 70 meters into the penalty area and broke the Wolves’ gate with a left-foot shot! The Hammers led 1-0. This was the sixth goal Lin Huang scored for West Ham.

In the 38th minute, West Ham counterattacked again. Lingard took the ball from the backcourt to attract a number of Wolves players to defend. He advanced to the frontcourt and gave a pass. Teammate Bowen knew that he would take a single-handedly small angle and score, West Ham 3-0 Far ahead! Throughout the first half, Lin Huang scored 1 goal, 1 assist, 1 indirect assist, and participated in 3 goals from the Hammers. The lagging Wolves regained two goals by Dendron Kerr and Fabio Silva, but they were unable to recover and lost to West Ham 2-3. As Chelsea lost 2-5 at home to West Brom in this round, Tottenham was tied 2-2 at Newcastle. The Hammers won 52 points, surpassing Chelsea by 1 point, and rose to fourth place in the standings.

West Ham is currently the highest-ranked London team in the Premier League and the only London team in the Champions League. The last time the Hammers finished the season with London’s first place was the 1985-86 season, a full 35 years ago. It seems that the Hammers have the opportunity to achieve two major achievements this season: one is to reach the Champions League, and the other is to become the London boss. With Emperor Lin, everything is possible. It’s time to cue Arsenal again here. Since Emperor Lin came to London, the arsenal can only compete for fourth place in London. (Currently the top four Premier League teams in London: West Ham 52 points, Chelsea 51 points, Tottenham 49 points, Arsenal 42 points) Spark Global Limited.

article links：After joining, he led the team into the top four