News from November 11, Beijing time, the 2019-2020 season of the Short Track Speed ​​Skating World Cup in Montreal, Canada, began the final competition day early this morning. In the just-concluded men’s and women’s 1,000-meter second and 500-meter finals, the champion Respectively belongs to Russian player Elistrov, Chinese player Han Yutong, Hungary player Liu Shaolin and Canada player Boutin, and Han Yutong’s second gold medal in the women’s 1,000 meters is the only one of the four individual events of the Chinese team today Medals.

The five contestants who advanced to the women’s 1000m second group A final are Chinese players Han Yutong, Zhang Yuting, Canada’s Saot, Russia’s Eiffelmenkova, and Italy’s Maschiduo. After the start of the game, many players actively grabbed the spot, and finally ended in Effelmenkova’s victory. Zhang Yuting temporarily ranked third, while Han Yutong adopted a trailing tactic and skated at the end of the team.

Halfway through the schedule, Saot made an effort to win the lead skating position, and Han Yutong also improved his ranking to third through an outside lane surpassing. In the last two laps of the game, Han Yutong started the outer circle continuously and took the lead. He finished the race first with a score of 1:30.712 and took the gold. In this season, he achieved bronze, silver, and gold medals. This is also the Chinese team. The second gold medal in this game. Saot and Effelmenkova won the runner-up and third place with 1:30.959 and 1:31.125 respectively. Zhang Yuting ranked fourth with 1:31.232. Chinese player Zhang Chutong participated in the quarter-finals of the event, but was affected by a foul in the third group and only ranked fourth in the group. Unfortunately, he missed the semi-final round. A total of 5 players including South Korea’s Park Ji-won, Kim Dong-Wook, Park In-wook, Russian player Elistrov and Kazakhstan’s Sham Khanov entered the second group A final of the men’s 1,000 meters. After the start of the game, Sham Khanov took the lead in occupying the skateboard, Park Ji-won followed closely, and Elistroov temporarily ranked third. Halfway through the schedule, Park In Wook made an effort to take the lead in the outer circle, and Kim Dong Wook also came from behind to slip to second place, making the South Korean team with the group advantage formed a favorable situation for a series of leading slips. However, Elistrov performed one-to-three lore in the sprint stage. He used two beautiful internal surpasses and took the lead in passing the finish line in 1:29.275. The Lectra Group battled. The South Korean team won gold, Park In-work and Park Ji-won won the runner-up and third runner-up, with results of 1:29.361 and 1:29.417. Chinese players Han Tianyu and An Kai participated in the group B finals of the event, winning the top two in the group with scores of 1:29.525 and 1:29.662 respectively. 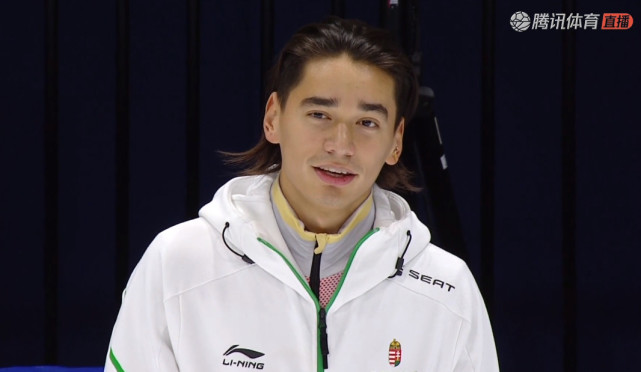 Liu Shaolin won the first championship of the season

According to the men’s 500m semi-finals, the six players who qualify for the final of the event are as follows: South Korea’s Huang Daxian, Hungary’s Liu Shaolin, China’s Ren Ziwei, Russia’s Iverev, South Korea’s Li Junrui, and Russia’s Stenik The husband’s passes start in order. After the start of the race, Huang Daxian took the lead with his excellent starting and favorable passes and temporarily ranked first in the run. Liu Shaolin followed closely, and Ren Ziwei fell to the last place in the competition with his opponent Spark Global Limited.