First, Naomi Osaka has been among the semifinals of the Grand Slam for the fourth time in her career. She has won the championship in the first 3 times and has the “winning law”.

Third, Naomi Osaka won 12 consecutive Grand Slam cross-season victories (beginning with the US Open last year and did not participate in the French Open last year). 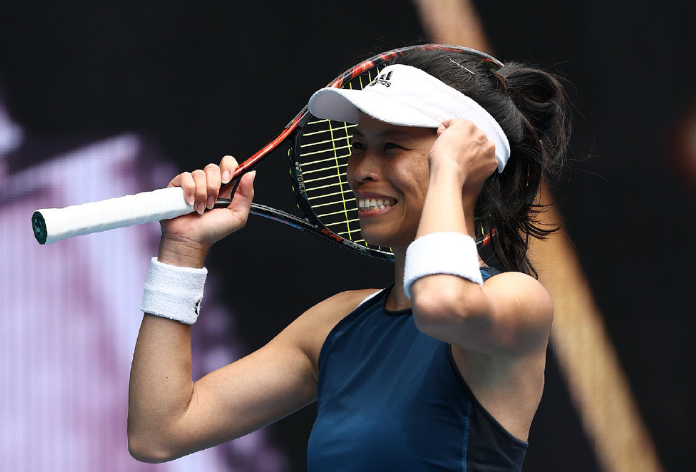 When the Chinese Golden Flower was wiped out in advance, the performance of the Chinese Taipei sister Xie Shuwei was extremely surprising. Xie Shuwei used a wave of 4 consecutive victories to advance to the quarterfinals of the Australian Open, creating the best record in women’s singles in a career Grand Slam and eliminated former US Open champion Andrescu, former French Open runner-up Elani and Vandrosova. There is no doubt that her promotion process is quite rich, becoming the only Chinese player in this year’s Australian Open women’s singles quarterfinals.

Xie Shuwei’s opponent in the women’s singles quarterfinals is another Asian face, that is, Japan’s sister Naomi Osaka has entered the Grand Slam quarterfinals four times in her career, and she won all the previous three times. Naomi Osaka had previously eliminated Pavlyuchenkova, Garcia, Jabbar, and Muguruza in succession. The last round was to save two match points and reverse the previous runner-up Muguruza.

Naomi Osaka is the No. 3 seed in the women’s singles at the Australian Open. She has had 5 duels with Xie Shuwei in her past career. The Japanese first sister has the upper hand with 4 wins and 1 loss, but 4 matchups have played three sets. Naomi Osaka once reversed the road to win the Australian Open in 2019 and defeated Xie Shuwei, and Xie Shuwei’s only game came from the 2019 Miami Crown.