Paris has a 120 million contract to stay in Mbappé, hitting Real Madrid and Barcelona

On January 26, Beijing time, according to the revelation of the famous reporter Geoffroy Garetier, Barcelona star Messi is already preparing to join Paris Saint-Germain. Messi is studying French with his family. This is considered to be a hope for Messi in Paris. signal of. Another piece of news is that Mbappé, who is worth 180 million euros, also hopes to stay in Paris. This is because PSG has prepared a 4-year contract for him, and Mbappé can get an annual salary of 30 million euros!

In the canal+ program, the reporter revealed that Messi is learning French. Geoffroy Garetier pointed out that “Messi and his family are taking French lessons.” Such news means that Messi is already considering joining France. A giant, otherwise, Messi would not learn French at this time. 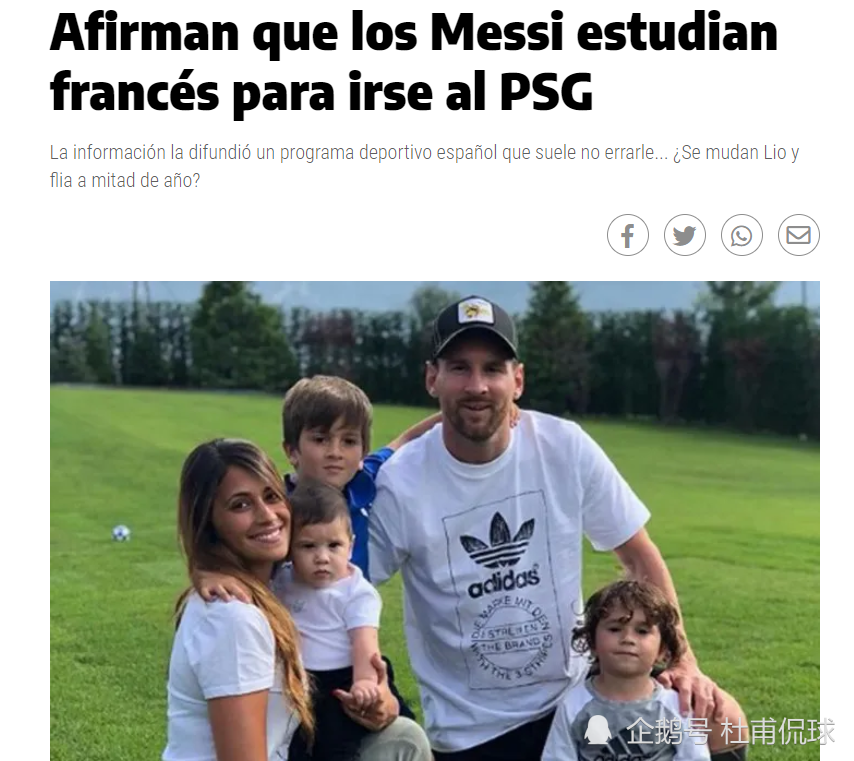 If you come to the Paris Saint-Germain club, it will be a fresh start for Messi, not only his career, but also Messi’s family, all this will be overthrown and restarted. In the Paris team, there are coaches from Argentina Pochettino, Argentine players Di Maria, Icardi and Di Maria, and Messi’s friend Neymar. More importantly, if Messi comes If he arrives in Paris, he can continue to get astronomical contracts. Therefore, these four advantages make it almost impossible for Messi to say no to Paris.

It is worth mentioning that according to Western media, Barcelona’s current debt has reached 1.2 billion euros, which almost makes it difficult for Barcelona to smooth out in a short time. The financial collapse makes it difficult for Barcelona to have sufficient funds to continue. Upgrading the lineup, and even payroll is a problem. Therefore, if Messi stays in Barcelona, ​​he may face a substantial salary cut, and he has to bear the reality that the team is not competitive, which may mean that Messi has not had a championship for many years.

For Messi, leaving Barcelona is a very realistic choice, but leaving at this time, many fans will be dissatisfied with Messi. After all, the team is in a difficult period, and fans hope that Messi and the team will share the same difficulties.

article links：Paris has a 120 million contract to stay in Mbappé, hitting Real Madrid and Barcelona