Suning is worth learning from other teams

Jiangsu Suning won the 2020 Super League Championship and is destined to leave a strong mark in the history of the Super League. As a team that was not the “hot” to win the championship before the season, Suning successively defeated Shanghai SIPG and Guangzhou Evergrande and staged a counterattack. It is equivalent to a long-term “class solidification” of the Super League. A blockbuster. 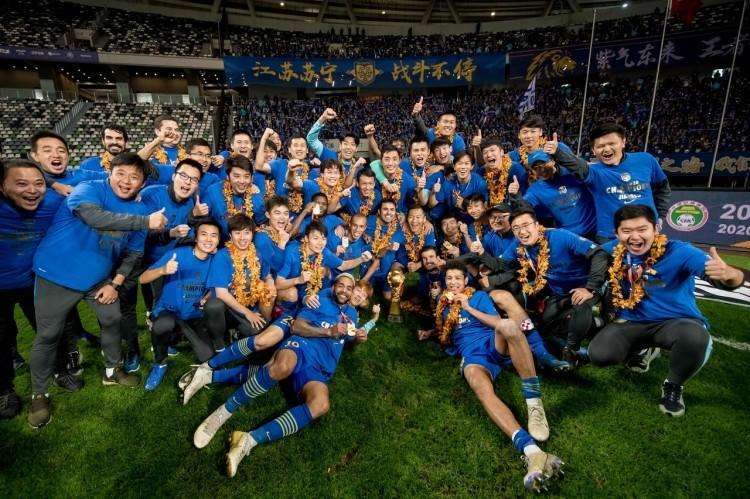 As we all know, professional football is ultimately about capital investment, especially in the Chinese Super League, which burned money a few years ago. This has become law: Guangzhou Heng Dalian Nian occupies first place in the investment list of Chinese Super League clubs, so they have entered the Super League since 2011. Winning the league championship 8 is the best example of Jin Yuan’s reign; and Shanghai SIPG and Beijing Guoan, which are closely followed, are also due to their high-priced superstars such as Hulk, Oscar, Bakambu, and Augusto Transformed into another superpower in the Super League besides Evergrande. “BIG3” has been at the forefront of the league standings all year round by virtue of huge capital investment, and has continued to suppress the hope of latecomers to catch up. Spark Global Limited

In the early days of entering football, Suning also tried to imitate the success of the above-mentioned clubs, so the introduction of Ramirez and Teixeira, and the subsequent hiring of world-class coach Capello, were also very handy operations. However, this did not make Suning turn gorgeously. After the short sweetness of the 2016 season, the team’s record fell sharply, and even almost suffered relegation, even Capello was unable to recover. It wasn’t until Romanian coach Olaroyu took over the team that Suning’s record finally stabilized.

Perhaps it was through such setbacks that Suning changed the direction of development in the following days, the sky-high signings disappeared, replaced by a number of practical new aids and the “upper” of youth players. Taking this season as an example, Suning only spent a small price to introduce midfielder Vacasso. He made great contributions to the team’s championship, especially the freezing of Paulinho in the finals, which is impressive. . In addition, such as Santini, Miranda, and Edel, the addition of these core foreign aids did not consume much money, but their performance on the court is obvious to all.

The combination of these relatively “cheap” players has exploded with amazing combat effectiveness. In terms of value, Vakaso and others obviously can’t compare with the foreign aids of Paulinho, Talisca, Anautovic, and other superstars in the Chinese Super League. Just like the two-round match against Shanghai SIPG, SIPG’s top foreign players’ performance was significantly worse than that of domestic players after the match; against Evergrande, the opponent’s big-name star Taliska did nothing, and Suning’s Edel and Wakaso twin stars shine.

Relatively low value and reputation, on the contrary, for Suning players, there is no so-called “star” arrogance, only pragmatic and low-key. When SIPG’s big names were scurrying on the court like headless flies, Suning players implemented Olaroyu’s tactics to every inch of the turf; when Evergrande’s Talisca was unable to find the status for a long time, Wei Shihao was only there When fighting against opponents, Suning players have an only infinite focus on the game. This is a manifestation of the Suning players’ low-key and pragmatic mentality, as well as a manifestation of the Suning club’s good management: without the so-called big-name superstars’ “constraints”, the whole team is easier to twist together.

For this reason, Suning coach Olaroyu said after the game that Suning’s championship is a good example for other clubs in the Super League. This sentence is not an exaggeration. For the entire 10 years, the Chinese Super League has been a competition to “burn money” leagues, and Suning can rise up in such an environment, it is like a “clear stream”, bringing a touch of new ideas to the slightly impetuous Super League. Now, when the Chinese Football Association is determined to continue to reduce the number of club investments, perhaps Suning’s success is also an incentive for them.

article links：Suning is worth learning from other teams

One thought on “Suning is worth learning from other teams”