the Quattro four-wheel drive was so cool

At this time, as a driver, you would not have thought that the Quattro four-wheel drive was so cool, nor did you think that its power distribution can be adjusted between 70:30 and 15:85 when the adhesion changes. You only know that you are safe, and you can be faster. 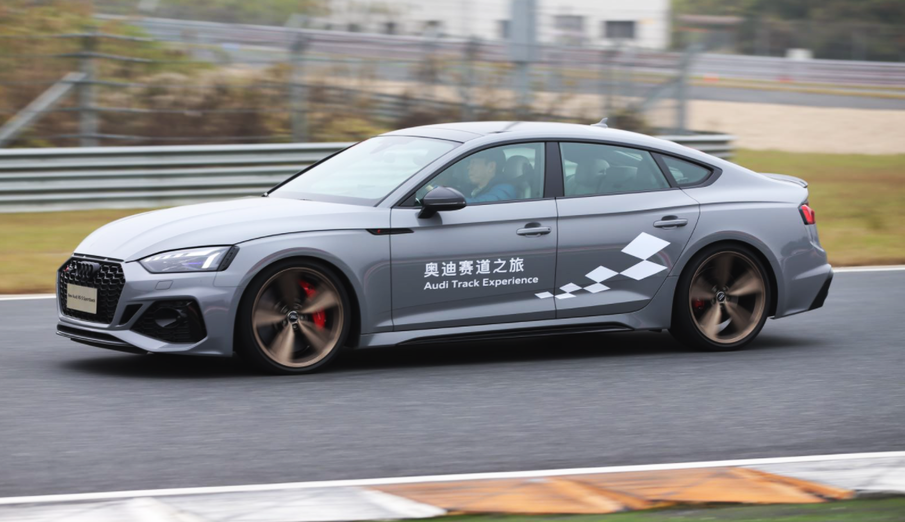 The speed of the Audi RS is accompanied by the roar of the engine, and the driver’s adrenaline is improved. Especially on the track, when you hold the steering wheel to the end, you can accelerate to 100 kilometers in 3~4 seconds, and the speed is still climbing, you have no time to enjoy the pleasure, you have to consider how to slow down and corner. Therefore, the reaction speed of the brain cannot keep up with the speed of the car. So the track gives Audi RS a chance to display its capabilities. I am thinking that if it is a pure electric car, although its speed can be very fast, it will not have the sound of RS, and you will always feel that something is missing. . There is no doubt about the braking ability of Audi RS. What I was amazed was that at the moment when I closed the oil, some unburned mixed gas entered the exhaust system and was ignited by the hot exhaust pipe again and deflagrated. At this time, I could hear When the sound of the cannon is obvious, it is the so-called “backfire”. After stepping on the brakes, I feel that the force I have stepped on is already great. I did not expect the speed of the car is still very fast, but I don’t know how fast it is. Yes, because my eyes are always staring into the distance, and I won’t be distracted from looking at the dashboard.

I believe anyone who has driven an Audi RS will not use the word “ya” to describe it. But I think that when you stand next to the RS, the low-key and grace that it exudes does exist.

Especially after I test-drive the RS4 Avant, I strengthened my judgment. Because it is a station wagon! It looks so harmless to humans and animals, and elegant and practical. But it is equipped with the same powertrain as the RS5, and the data is exactly the same, 2.9T V6 twin-turbocharged engine, 8-speed Tiptronic racing gearbox, maximum horsepower of 450 horsepower, peak torque of 600 N·m, zero Speed ​​up to 4.1 seconds.

The elegance of RS4 Avant is embodied in that it is a car that can live at home and is also a car suitable for driving on the track. On the track, you don’t even feel the difference between RS4 Avant and RS5. The same elegance is also reflected in the RS4. From a distance, you will mistake it for A4L. After a day of track experience, the impression of Audi RS is far more than that, even day and night. In fact, before the track experience, I didn’t quite understand the consumers who spent so much money on performance cars. I think the car is still comfortable, as long as there is a lot of space.